In 1917, Shanghai was considered the "Paradise of Adventurers". What amazing notions come to mind when you read that?

The Treaty Port of Shanghai had a large population of Europeans – German, Italian, French; people from the USA, Russia, and the UK. The Europeans built large, Western style banks, insurance companies, and hotels on The Bund.

In the early part of the 20th Century the number of expatriates moving to Shanghai for lucrative work opportunities meant that good accommodation was needed in the city. 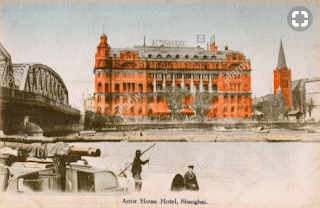 In 1858, on a parcel of land reclaimed from swamp, The Astor House Hotel was built. The location was prime, right on the juncture of Soochow Creek and the Whangpoo River, at the northern end of The Bund. It was five stories high and by 1917 it was advertised as “the Waldorf Astoria of the Orient”. Sheer luxury, comfort, and with all mod cons, the Astor House Hotel was, for travellers and European locals alike, the centre of social activity. In a city with many luxury hotels and clubs, the Astor House was special. 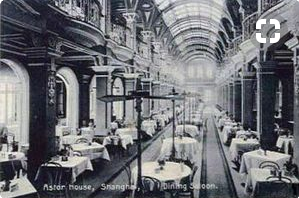 I could go on, but I’m sure you get my drift. Marble floors, pillars and walls. A glass atrium room that let in natural light the length of the dining room, which by the way, seated five hundred. Electric fans cooled patrons in the dining room. During dinner, a symphony orchestra played on the mezzanine floor above diners.

Peacock Hall was the first Ballroom in Shanghai, and at 847 square metres in area, it was—and still is—very impressive. Yes, it was built on the ground floor of Astor House. Its amazing glass ceiling, 14 metres high, remains today.

So, when my long-awaited historical novel Stone of Heaven and Earth is released in March, you will 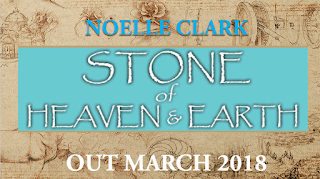 understand why Darl, Anne, and Madame Liechtenstein loved having lunch, or sometimes high tea at the Astor House Hotel.

Sorry to finish on a sad note, but on 1st January this year, only weeks ago, The Astor House Hotel (often called Pujiang Hotel by the Chinese) was sold. I had harboured a strong desire to revisit China and to spend a night at the Astor House, but it will no longer happen. The hotel is to be closed and renovated into a block of private office space.