A proud Caprese, Pietro loves his island home. Who wouldn’t? One of the most popular, well-known, and desirable places in the world, the Isle of Capri, just off the Amalfi Coast of Italy, has for centuries been the destination of the rich and famous – and infamous. The reminders of the years the Roman Emperor Tiberius lived on Capri are everywhere.


In the 1st century, Tiberius built twelve villas on Capri, the most famous being Villa Jovis. It was a massive fortress, impregnable to warring attackers, sitting atop Monte Tiberio on the edge of thousand-foot-high sheer cliffs. Today, the vast ruins of the villa are a testament to the skill of Roman architects and builders.


However, the reason for Tiberius’s retreat from Rome to Capri has always been unclear.


In Rome at the time, rumors abounded as to why he had become a recluse, and what exactly he was doing there. In 121 AD, Suetonius wrote The Twelve Caesars, and didn’t hold back on recording exactly what he thought Tiberius was up to at Villa Jovis. He accused Tiberius of debauchery, sexual perversity, cruelty, and wicked ways. The Roman people turned on their emperor, disgusted with him, and after 23 years of rule, he was overthrown by Sejanus, and no longer held the reigns of the Roman Empire. 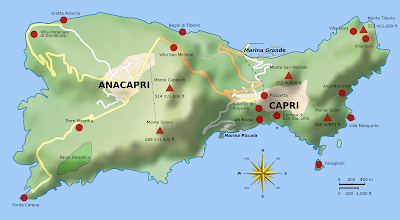 Pietro lived with his grandmother – Nonna – and his mother, the only male in the household. From his Nonna, he learned all about loyalty, love, and belonging. Nonna was his rock in a sometimes difficult childhood. She taught him about life, and nurtured him until he was a grown and capable man. 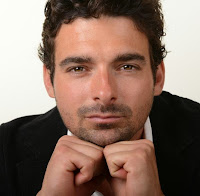 Although life threw some curve balls at Pietro, he grew to be a stoic and reliable man. He is happy working as a chef in his Aunty Maria’s restaurant, turning out authentic Caprese fare to the hordes of tourists and day-trippers to the island.


When Pietro happens to meet an Australian woman who arrives on Capri, his whole world seems to turn upside down. He is forced to face his future, seeing for the first time the opportunities to turn his life in a different direction. But his loyalty to Nonna goes much deeper than pursuing his own dreams. Stubbornly, he fights the notion of change, but there is one thing he is helpless to fight, and that is the power of falling in love.


www.noelleclark.net
Posted by NOELLE CLARK - Author at 10:24 AM 4 comments: Links to this post

Spring in my home city of Brisbane, Australia, is gorgeous. It's sunny, temperature in the high twenties (C), and the Brisbane Writers Festival is held on the grassy parklands on the banks of the Brisbane River. 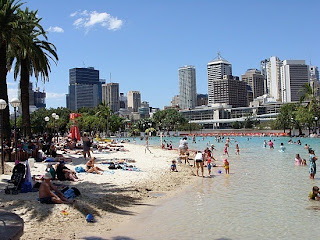 Yesterday, a panel discussion titled "Everything I learned about love, I learned from Romance Novels" was held.

Thanks to Brisbane Writers Festival for putting Romance center stage in this festival of literature.

Posted by NOELLE CLARK - Author at 10:10 AM 3 comments: Links to this post