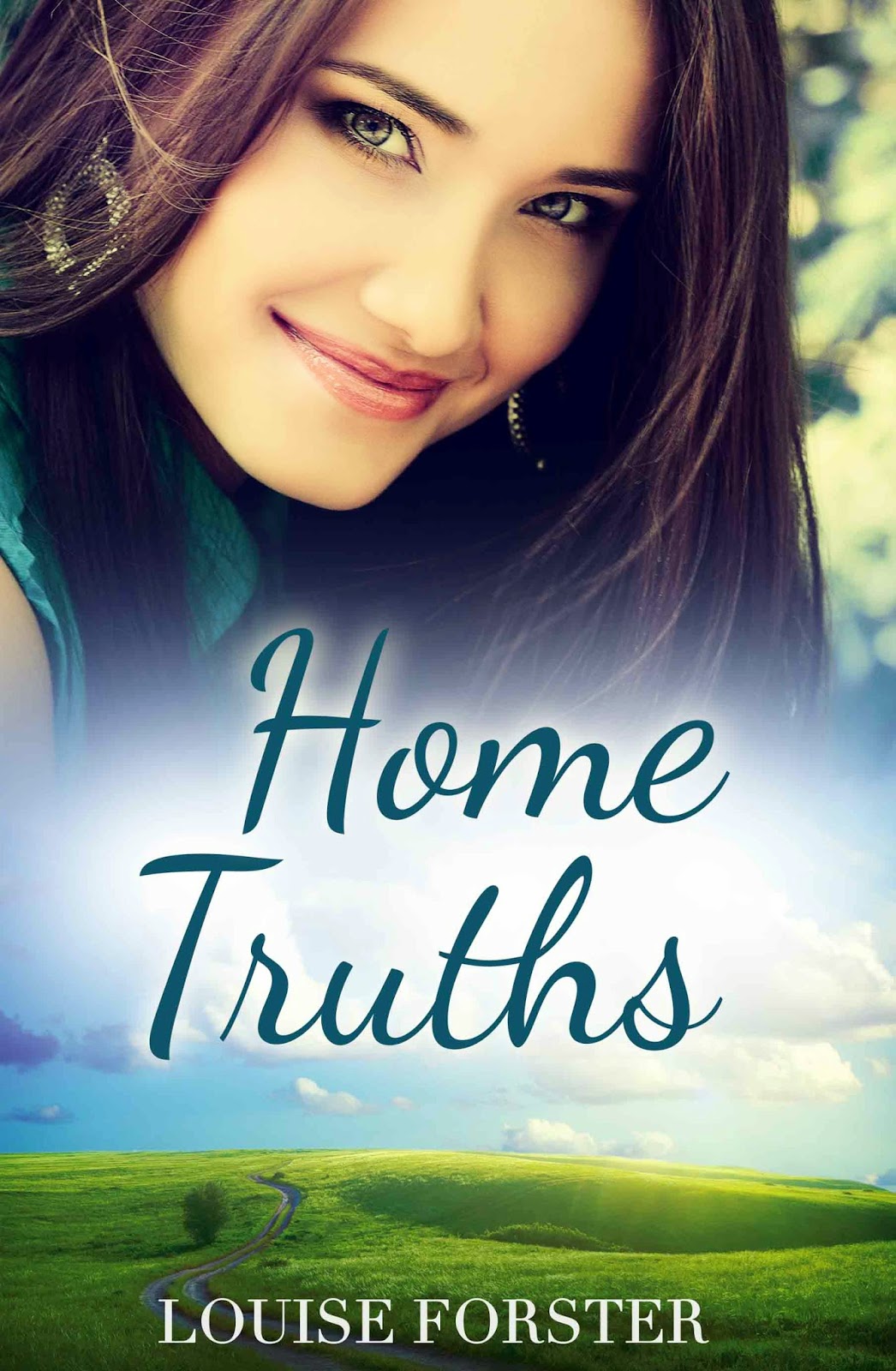 Australian author, Louise Forster, released her newest novel, Home Truths through Escape Publishing, on June 1st. Today, I catch up
with Louise and ask her a few, er, home truths.

But first, here’s a little about Home Truths.

A small-town romance about secrets, community and the family we make for ourselves.

London-based chef Jennifer Dove loves her exciting, fast-paced life and she has every intention of returning to it ASAP. This trip to Tumble Creek — middle-of-nowhere Australia — is just a blip, a trip out of time, to visit her sister and niece and farewell her beloved Uncle.

But barely hours into her stay, she disturbs an intruder in her uncle’s house, is questioned by police, and finds a pair of fluffy pink stilettos in the bedroom. Things are not all they seem in Tumble Creek, and much as she tries not to, Jennifer is sucked in to the mystery surrounding her uncle. Who is his girlfriend Veronica, and why is she not here? What are the locals hiding? And why can she not get sexy local Calum McGregor out of her mind?

All is not what it seems in this sleepy, small town, and as Jennifer unravels its mysteries, she might just be tying herself to Tumble Creek forever.

Hi Noelle, thanks for having me on your blog.
It's my absolute pleasure, Louise. Here we go with my questions:

Can you describe the heroine, Jennifer Dove, in just a few words or phrases?
Sure, Jennifer is a product of her image driven parents. She strived to rid herself of deep-seated inadequacies, of never making the right choices about herself, her career, and boyfriends. And she was doing well until she had to deal with her younger brother.

Is the character Calum McGregor what you would call the ‘typical hero’ in a book?
Hmm…yes in a lot of ways, I guess he is. He wants what he sees in Jennifer. He wants to protect her, love her, make her his J Other than that I’ve drawn him as I see country guys, their mannerisms, loyalty, can do, and will do, quiet no fuss kind of blokes. Ones that look at you with a cute half grin, arms folded, boot resting on a railing, and you know he’s seeing you … he gets you.

Was anyone in your past, or present, life the inspiration for any of the characters?
Honestly, I can’t say that there is one particular person. Probably everyone I’ve met has inspired me in some way. When I write I can picture in my mind how someone looks, moves, reacts according to his personality. For me, it’s like rolling a movie. The trouble with that is, I can get taken off on some tangent because I’m enjoying what my characters are doing and saying, but may not be relevant.

I love the character, Uncle Bob, even though he wasn’t really in the story. But his personality permeates it. How did you come up with Uncle Bob?
Jennifer and Sofie’s parents’ negative attitude towards, as they saw it, inappropriate appearances in all manner of things, had to stem from somewhere. Their mother couldn’t be the only one brought up to be that way. So I had to look at Uncle Bob. He wasn’t anything like his sister. Being the sort of loving generous, not at all judgmental bloke – how did he cope? They all find out how he had to. And in a way, he won. He lived his life the way he wanted … quietly.

I laughed out loud several times while reading Home Truths. Did you intentionally make it humorous in parts, or is that a style that you like to write in?
Oh that’s great! That makes my day.
Yes, it’s my writing style. I’ve recently discovered, I’m not much of a planner…I tried and failed. The very basics, which could be the opening scene to a story, will be there, but as I write, and take the characters through stuff they have to deal with, new scenarios pop in. They’re often a surprise. I’ll be typing away with a big grin on my face, thinking, why didn’t I think of that before, you know, when I was trying to plan.

What was the hardest part about writing this novel?
Controlling the secondary characters. I gave them too much time on the page. Perhaps they need their own book. There will be a sequel to Home Truths. I have the bare bones and opening scene. I just have to make time and get stuck into it.

What do you think reader will enjoy most about Home Truths?
Gosh … I’ve had readers comment on all sorts of things: The banter between sisters.  How hot Calum is. Jennifer and Calum’s growing attraction. Her quirky ways. Her vulnerability. Him seeing all this and loving it about her. His quiet strength. The dialogue! The great sex ;-) Sweet Uncle Bob.

Is there anyone who stands out as a mentor in your writing career?
There have been so many along the way. Writers, like yourself, especially are very giving of their time and knowledge, whether you’re a beginner or someone who’s been around a while. Danielle Ellis was with me in the early days and has become a good friend. Right now it’s Kate Cuthbert at Escape Publishing. People might say, oh yeah of course you’d say that, she’s your editor and it’s her job. Nevertheless, Kate has helped guide me in the right direction when I struggle with editing.

What other books are you currently working on?
Aside from the sequel to Home Truths, I’ve almost finished a fantasy the working title is Aurelia. I came up with an idea a few years ago and wrote down the very basics and recently taken it much further. As I mentioned earlier, as I write interesting scenarios pop up and I go with it. I love it when that happens … tells me the brain is working hard behind the scenes.

What was the most surprising things that you learned in creating Home Truths?
That I could do it! I could write a story people would want to read and enjoy. 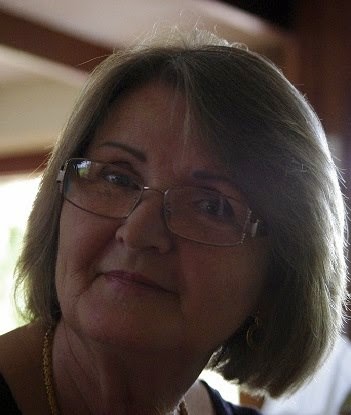 Louise Forster grew up in a Victorian country town. She ran barefoot along dirt roads and loved looking through the leaves of tall eucalypts at the azure summer skies. Eventually, she grew up, and the country town became a suburb of Melbourne. Running barefoot to catch her train to work would have
caused more than a few raised eyebrows so she opted for stilettos, of course. At eighteen, Louise travelled through Europe, parts of Africa and the Pacific Islands. These days Louise lives on the far north coast of New South Wales on a small property that includes her extended family, three dogs, three cats and all manner of wildlife.

Other books by Louise Forster: 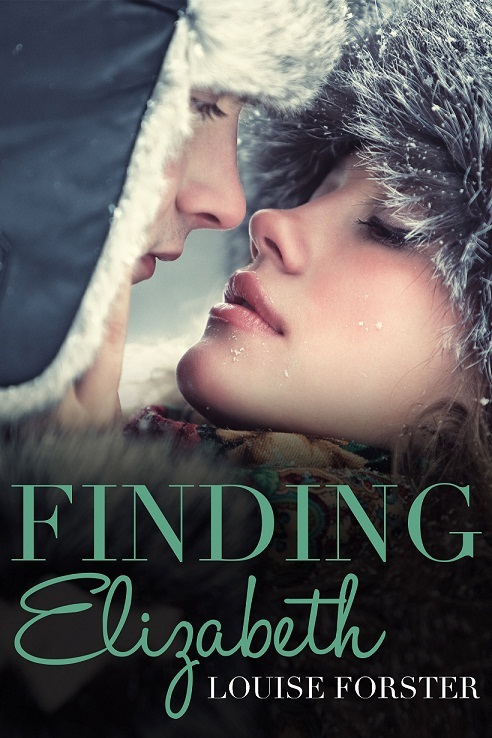 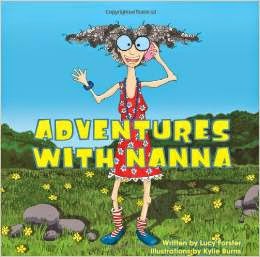