A Journey Through Time

A Journey Through Time

My fascination with China has been there all my life. As a child I was drawn to the knickknacks and ornaments that were always referred to collectively as 'things from China'. 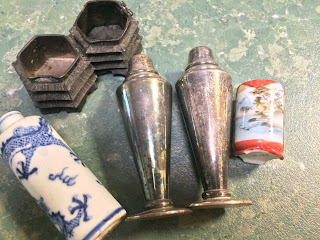 Back then, the exotic and unusual items conjured up for me a desire to know more, to understand more about foreign places. The appeal of the items had me fondling them, touching them, and asking relentless questions of my grandmother as to their origin.

Many, she said, were wedding presents—poignant reminders of the marriage of my Grandmother - Gladys Houston, to my Grandfather - Oliver Clark.

·         The intricately carved ebony jardinière stand sat in pride of place as you walked through my mother's front door, right up until she died. 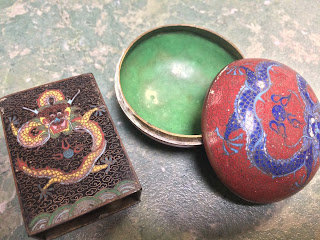 ·         The hand painted and handmade fine-as-egg-shell porcelain tea set, each piece with its own unique delicately painted birds by some unknown artist a hundred years ago.

·         The stunning silver vase hand hammered with a rich chrysanthemum and peony design that I loved polishing. 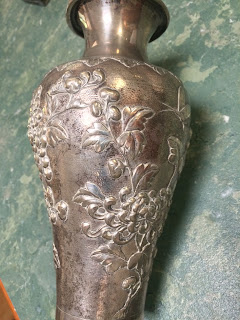 When I was a child I used to stare for ages at these objects through the glass of my mother's china cabinet. I knew these items were special and had no problem conjuring up, with my child's imaginative but unworldly mind, the mystical place called China and what it must have been like. The china cabinet was the place all the 'precious' things were housed. (Was it just a coincidence that the 'stuff from China' was housed in a china cabinet?) 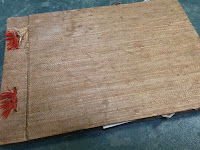 But in my view the best and most cherished possession that my Nana brought back from China was an old, hessian covered photo album. It held photos of her life in China. There were many photos of the two happy couples who lived the comfortable life of expatriates in an exotic place. 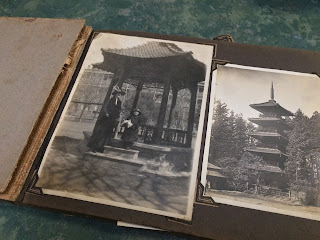 Hard to believe, but there was something even more precious than the photos inside that album.

My Nana had pressed two flowers inside the pages of the photo album. I can still feel their delicate dried petals as I caressed them with my child's fingers. They were thinner than tissue paper, lighter than a rose petal, and unfortunately prone to crumbling when touched by a young girl with clumsy fingers.

They were, I knew even as a child, my Nana's tangible memory of the place where she had found the love of her life. Now that the innocence of my childhood years are long gone, my heart aches when I think of my Nana placing them inside the album.Maybe they were from her wedding bouquet?

And so, my tangible connection to my grandparents helped me to enter their world over one hundred years ago. Writing Stone of Heaven and Earth has been a labour of love, and an accomplishment that I am proud of.

The story of the lives of the two couples - Gladys and Oliver, and Anne and Jack - is one that is brimming with happiness, and is at times tragic almost beyond belief. The setting is exotic, exciting and fascinating. The story deserves to be told, not just for the memory of these four special people, but because it is a really good yarn. It is full of courage, pathos, emotion and is set against the backdrop of violent and crime-ridden China in the years when the rest of the world was in the chaos of the First World War. A time when China was being infiltrated and exploited by Japan, Germany, Russia, France and Britain to the extent that civil war and a fight by the Chinese to regain ownership of its own country made it a dangerous place to be.

There are several good books set in this turbulent time of China's history. One notable one is 'The China Saga' by C.Y. Lee which takes the reader through the various wars, battles and invasions that have plagued China from ancient times until its leap into Communism in 1949. This book is well worth reading. China is widely recognised as the world's oldest continuous civilisation and many relics there pre-date the Pyramids. It is a fascinating country with a rich culture.

The story I have written – Stone of Heaven and Earth - is about four people whose lives were changed forever in the years from June 1914 until March 1929 whilst living in China. 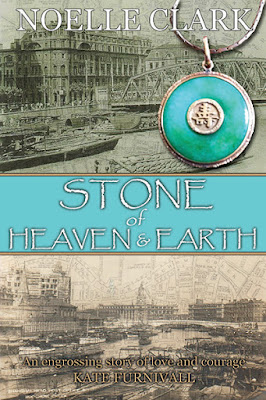