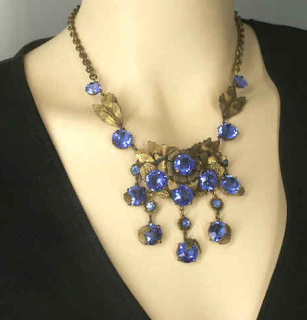 Loving Lady Lazuli is Book 1 in the new series: The Starkadder Sisterhood. London Jewel Thieves, and focuses on Sapphire, one of the eight members of the Sisterhood.

As you'll see, the sisterhood are not part of a religious order, however they certainly lay claim to some odd, and even dirty, habits. 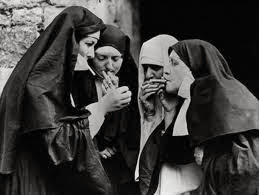 Shehanne, can you tell us a little about Sapphire, and why you chose to write her story first?

Firstly Noelle, thank you so much for asking me here today to your lovely blog. It's a great pleasure  for me to be here. I value it and I value your friendship too. Okay Sapphire, well, Sapphire has been stealing since she was five years old. There's mysteries about the years before that, before she and her brother Matthew, wound up in London with 'Uncle' Starkadder. These are mysteries she wants to solve. She's the number one jewel thief. The woman who can pull off any heist. The mistress of disguise.  But this gang is like Fagin's in a way. The girls don't gain anything from their efforts. They are forced to steal. Every time Sapphire refused  she was beaten till she agreed. So she and Ruby determined to escape. They've spent ten years planning it and they've faked their own deaths to do it.

I never meant to write about her first or indeed write a series. I only ever start with a spark of an idea. In this instance I saw Christmas Eve and this beautiful sixteen year old girl walking along the highway in distress so this young man offers her a lift in his coach. She plants a stolen necklace on him and he goes down for it. Lol! I'm sure you know what it's like. If I had written this twenty years ago that scene would have been chapter one and all the action would have taken place after it, with them ending up as convicts in Australia or something. But now, Regency romance is so popular, that's not how you'd write it. So that scene became the backstory.

When I got to chapter two and the idea of her past, and the girls coming into her thoughts, I found I was naming them after jewels, and I saw I could make up stories  about their lives after the gang breaks up. 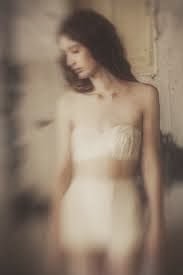 This sounds to me like it will be your most powerful book yet. You always have extremely strong heroines, and they get into some tough situations, but do you consider Sapphire to be your grittiest girl yet?

Hmm. I don't know. Fury bolted over her emotions and Kara was fairly tough, although she bubbled away underneath. Sapphire has her emotions in control. Being  gritty without making that special effort is second nature to her because she's been getting out of tight corners since she was five years old. In some ways she doesn't know any better that way. It's what makes her so confident about
dealing with Devorlane Hawley, when the sensible thing to do would be to bolt. Her undoing, as I am sure you can guess.

There are eight girls in the Sisterhood - Sapphire, Amber, Diamond, Emerald, Splendor, Ruby, Jade, and Pearl. Can you share with us which of the sisters will feature in Book 2?

Splendor features in Book 2. She's actually not a thief. She's Dora-Do-It-All, their general skivvy. But she would like to be like them, so she has all these airs and graces. That's why she calls herself Splendor.

On your Pinterest board, I notice that Pearl looks totally out of place among the strong, sassy, sisterhood. You even describe her as "Pearl - plain as milk". Does that mean that Pearl won't get to star in her own book? Is she really too plain? Or does she have a dark side?

Pearl does look out of place and that is deliberate. She is only fifteen in Loving Lady Lazuli and she actually isn't a 'proper' thief like the other girls. She was being trained. Anyway when Sapphire and Ruby made their plans to escape from the gang they cut in Pearl in as they couldn't stand to see her having the kind of lives they've had. She's not the brightest spark. All the stories are set over a period of years after the gang has broken up, because Diamond has murdered Starkadder, so cutting forward, Pearl might get her own story. 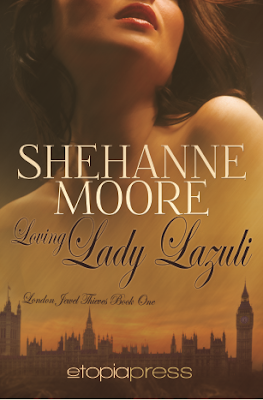 Here's the blurb:
Only one man in England can identify her. Unfortunately he’s living next door.

Ten years ago sixteen year old Sapphire, the greatest jewel thief England has ever known, ruined Lord Devorlane Hawley’s life. Now she’s dead and buried, all the respectable widow, Cassidy Armstrong, wants is the chance to prove who she really is.

But not only does her new neighbor believe he knows that exactly, he’s hell-bent on revenge.  All he needs is the actual proof.  So when he asks her to choose between being his mistress, or dangling on the end of a rope, only Sapphire can decide…

What’s left for a woman with nowhere left to go, but to stay exactly where she is?
And hope, that when it comes to neighbors, Devorlane Hawley won’t prove to be the one from hell.

And here's an extract:

“That’ll be interesting.” Devorlane Hawley tossed his hair out his eyes. “You.” He jerked his head at Ruby.

He dragged a breath. “Unless you think I am somehow meaning the tree there? Fetch Lord Koorecroft.”

Lord Koorecroft? The county’s most senior magistrate? A turn for the worse? Now it was a somersault. A woman who planked a stolen necklace on this specimen should not blush to say it was rape. She would have to if he fetched Lord Koorecroft, because then there would be the matter of what the damned man could say to Lord Koorecroft. Being dead and buried might not be enough to save her then. Not when her crimes had been dutifully reported by every newspaper up and down the land. She would hang.

“Lord Koorecroft?” Ruby smoothed a copper tendril of hair back from her forehead. “Whot soddin’ fer?”

“What do you think it’s soddin’ for? To accuse me of rape and molestation. It won’t be difficult. He’s at Chessington right now. You can cut through the hedge. Go on.”

“That’ll be shiny bright.” Fortunately Ruby could always be counted on to do absolutely nothing. “What do yer think I am exactly? Yer bleedin’ servant?”

“’Ee got no roight after what ee—”

Barron made a strangled sound as Devorlane Hawley jerked the stick so hard across his windpipe, Cass was almost jerked off her feet.

“I have every right. You all want Lord Koorecroft fetched, don’t you?” He huffed out a breath. “So let’s fetch him. I’m relishing the thought of the little chat I’m going to have with him about our Mrs. Armstrong here.”