Second Chance Cafe is a collection of four very different short stories about love, relationships, and 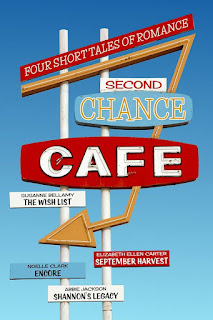 This anthology is proudly brought to you from four Australian authors:

Q. Elizabeth, you must have enjoyed being part of an anthology with other authors last year, as you’ve decided to do it again. What’s the best part about collaborating in a project such as this?

I have had so much fun working with you, Susanne and this year Abbie. There is something very special in getting together with you beautiful women to talk about books and share a passion for writing. I’m deeply privileged to know you all. The support and encouragement makes much brighter the sometimes low times of being an author (the looming deadlines, the absent muse, the trials and tribulations of publishing...)


Q. September Harvest is a sumptuous read. I loved it. What was the inspiration for the recurring and predictable harvest season?

I was fascinated by the idea of the itinerant workers leaving the hot and sometimes diseased city of London for the fresh air of Kent. Of course there were no paid holidays, so many thousands of workers would go on a working holiday. There’s something warm and predictable about the harvest seasons and I wanted to juxtapose the reliability of the seasons with the unpredictability of young love.

Q. All of the characters are well-rounded and likeable. Tilly is quiet but forthright; Andrew is so likeable; and Noah is an unassuming young fellow. How did these characters evolve, and did their growth (in age and in maturity) shape the direction of the plot?

This story came as a surprise to me Noah was there, much like the seasons itself – predictable, reliable, honest. I’d describe him as autumn. Tilly is like the spring, fresh, joyful and youthful. Andrew is lively and full of passion. He is the summer sun. But life is not straight forward and sometimes the winter of our experience reveals a greater truth.

Q. Can you please share a blurb about the story – September Harvest? 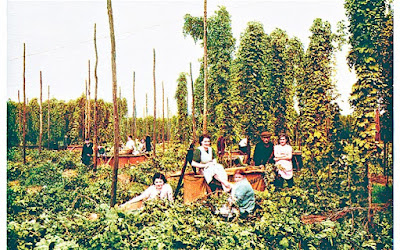 Seasonal crop picker Andrew is still a boy himself when he introduces 12 year old Tilly to reading. Instantly besotted both with Andrew and with books, Tilly eagerly awaits his return to her village over the course of 7 summers. Childish adoration is now a young woman’s love but has she misread his feelings for her over the years?

Q. When can readers get a copy of the anthology – Second Chance Café?

It will be available from Friday, 13 November from all good e-tailers – Amazon, Barnes and Noble, iBooks and Smashwords!

About the author - Elizabeth Ellen Carter

Elizabeth Ellen Carter’s debut novel, Moonstone Obsession, was published in 2013 by Etopia Press. Earlier that year, the Regency adventure romance had been shortlisted in the Romance Writers of Australia Emerald Awards for Best Unpublished Manuscript. Set in England and France during the French Revolution, it was heralded as ‘edge-of-seat adventure and intrigue’ and ‘a rollercoaster of love, blackmail, ill-gotten gains, treason and trickery’ with Carter described as ‘a writer worth keeping an eye on’ with ‘a hint of classic suspense novelist Daphne du Maurier’. 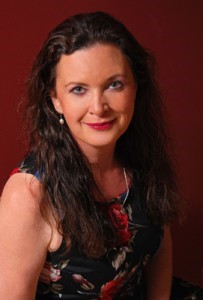 Her second novel, Warrior’s Surrender, was published by Etopia the following year. Set in Northumbria in 1077, it sets the relationship between a displaced Saxon noblewoman and a Norman baron against the turbulent backdrop of England in the years following the Norman invasion of 1066. Reviewers found the novel ‘a fast moving and passionate read’ with ‘strong characters, an intriguing plot, and plenty of action… a sexy romance to be savoured’. Readers agreed, voting Warrior’s Surrender Favourite Historical Fiction in the 2015 Readers & Writers Down Under Readers Choice Awards.
Also in 2014, the short story Moonstone Promise, spinning off from Moonstone Obsession as part of Etopia’s Valentines Heat anthology, followed the fortunes of one of the supporting characters back home to 18th century Pittsburgh in a tale of ‘second chance romance’.

Warrior’s Surrender (now in print as well as eBook) was named Favourite Historical Fiction at the 2015 Readers & Writers Down Under Readers Choice Awards in March this year.

Carter moved up to 1802 for the light-hearted romantic short story Three Ships, part of the Christmas 2014 anthology A Season To Remember, and ventures briefly into contemporary romance for the first time with her Romance Writers of Australia annual Little Gems competition placegetter, The Tin Bear, publishing in August 2015.

And another Moonstone Obsession character, the sinful Lady Abigail Houghall, features in the full length novel Moonstone Conspiracy, coming from Etopia Press in 2015.

Carter is currently working on her fourth novel, set in ancient Rome and tentatively titled Dark Heart, which will bring together the elements for which she has become known in just a few years – in-depth historical detail woven through gripping adventure and captivating romance.

The author lives in Australia with her husband and two cats. A former newspaper journalist, she ran an award-winning PR agency for 12 years. 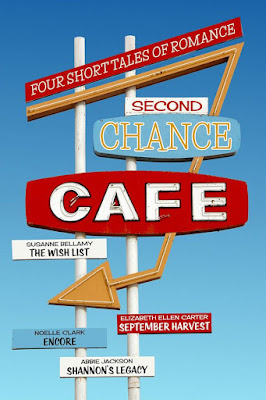