Fine china, and a good cup of tea. An afternoon with Susanne Bellamy

There are only twenty-four hours in a day, but for fellow Queensland author, Susanne Bellamy, it
seems as though she’s managed to find a few extra.

I caught up with Susanne to ask her how she does it. Did I mention that Susanne has a fondness for cups of tea from a fine china setting? 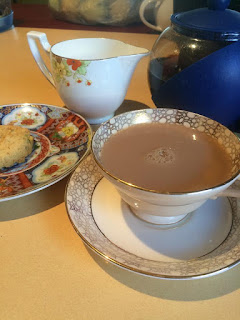 Q. I’m in awe of how much you can fit into your day, Susanne. Do you have a set routine, or just a well organised to-do list?
I work best under pressure! Deadlines are like the proverbial carrot for me. Both One Night in Tuscany and Sunny with a Chance of Romance (one of my favourite titles) were written under pressure after I was invited late last year to contribute two stories, the first to a Christmas anthology and the second to a holiday anthology. Both are set in places I have visited and know - Tuscany, and Caloundra in Queensland. I wrote each story in a fortnight with a serious word count that had to be achieved every day.

Those stories aside, the more time I have, the more I pfaff. I tend to do housework and admin type things first up but when it gets to mid-afternoon, if I haven’t got my word count for the day, I’m ‘head down and fingers flying’ because I suddenly realise my husband will be home in a few hours and what have I got to show for it? That’s good motivation!

Q. Do you like to work in total silence, or with some music or family noises in the background?
I need peace and quiet. When family is around, I prefer to shut down my laptop or do easier things like a blog post or questions for guests on All the World’s a Page.


However, on odd occasions I will play music to get into the mood of a scene. While writing my first novel, White Ginger, I listened to Etta James’s At Last , and Il Divo’s The Man You Love  on play loop. Music evokes emotion and, for me, these two songs were everything I wanted to capture in those two scenes.

Q. How much do you think your writing environment affects your productivity? Perhaps you could share a few snaps of where you like to write.
Some days I just need a good kick up the you-know-what! That said, if I’m not finding my Muse, I move between spaces. I now have five different spaces in which I can write.

The best one, especially on a cool winter morning when the sun is out, is my big enclosed verandah. I look out over the valley to the far range of hills and get inspired. I have been known to curl up under my doona with my laptop when it’s really cold though! (Don’t mention the PJ’s! ;) ) 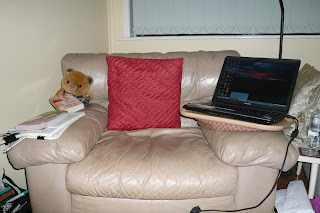 Another favourite spot is my mother’s recliner, which I inherited. It’s comfy and I feel her presence when I sit in her seat.


Q. Is there one single thing that triggers the inspiration for your stories, or is it more connecting a lot of ideas to form a concept that you think would make a great story?

There are moments when an idea strikes like a bolt from the blue and the story is born almost complete in overview. Engaging the Enemy was like that; I saw an abandoned red-brick building as I rode a Melbourne tram and bam! The first meeting was suddenly there in my mind as the protagonists fought over that building. Similarly, the Amalfi Coast road inspired One Night in Sorrento and I ‘saw’ the meeting of the protagonists as I watched passing traffic. An accident on that road with its 1600 bends and slow points was too good to resist. ‘Sunny’ began its evolution as I watched kite surfers off Bulcock Beach in Caloundra and one particular kite surfer and his black kite were riveting!

Winning the Heiress’ Heart is book 3 in a series (The Emerald Quest), which can also be read as stand-alone books. I was invited to write the third book, an historical romantic suspense, which had to be set post WW2 in Hawaii. I had to weave in elements from the earlier two books as well as set up certain characters and events for the final book. I loved this challenge! Hawaii 1960 was a brand new state and perfect for Eva’s new life with her nephew, Seb. I channelled so many elements into this; South Pacific, the musical, James Michener’s Tales from the South Pacific, Elvis and Blue Hawaii, and several of my mother’s memories of wartime London which became part of Eva’s childhood..

Q. Your catalogue of books is now quite extensive, both in numbers, and in styles. What is your preference: a short, romantic story set in a gorgeous location; or a longer, more in-depth suspense novel such as Winning the Heiress’ Heart?
While I loved writing each of the short stories and novellas—they give me a quick ‘completion’ which is good for the soul—my preference is for full-length novels. I love getting into character and conflicts in more detail. Although if you ask me this question when I’m mid-point in writing a longer book, I suspect my answer would be the opposite!

Q. Do any of the characters in your books share any traits that you see in yourself?
Not consciously, although I prefer to make my protagonists innately decent people. On a subconscious level, family is a core value for most of my main characters. It has taken me time and several books to realise that this is one of the top priorities for me; I couldn’t relate to a character who didn’t have this same core value. I gave my very first heroine (White Ginger) my own phobia; writing what you know when you begin is helpful to understanding the emotional needs and making them believable. Now, in later stories, I much more confident about researching and applying different character traits.

Q. You’re relatively new at being a published author. Have you any tips for aspiring writers?
Good beta readers and critique partners! As writers, we are too close to our creation to be objective and we need outside eyes cast over our work; we also need to put aside our initial reactions to constructive criticism, think about those comments and use them appropriately. A negative comment can be a great learning tool!

Q. And finally, what can your fans expect from you next?

My next release on 20 September will be Second Chance Love, which is one of A Bindarra Creek Romance series. Set in the fictional rural NSW town of Bindarra Creek, it is the story of Claire and Angus. Once teenage lovers, they meet after fifteen years apart.

When Claire Swenson inherits her great-aunt’s home and returns to Bindarra Creek as town librarian, Angus McGregor is the first person she meets. The second is his eleven-year old son.Just because Angus wants a second chance doesn't mean that Claire will put aside her determination not to commit to a relationship.No matter how sexy he is, or how well they work together as they fight for the community and to save Angus’ property.Can he convince Claire that love is sweeter the second time around? 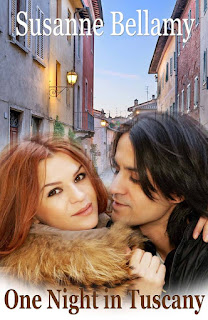 When Verity Peters’ boss, Marco Philippi, asks her to translate an urgent document before she heads off to the staff Christmas party, the last thing she expects...or wants...is to be trapped in the elevator with this distant man.

But is Marco really the cold man she thought he was? Can one night in Tuscany lead to a lifetime? 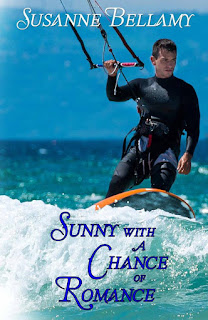 Sunny with a Chance of Romance
Charli Jones needs a man. Not just any man but a surfer dude willing to help her win the challenge set by her media boss. Damian Bartholomew, former neighbour and her best friend’s older brother, fits the bill. In more ways than one.
But Damian has a secret. Will Charli risk everything to win the challenge or will she follow her heart? 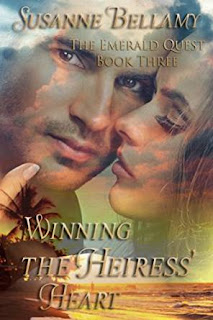 Winning the Heiress' Heart
Eva Abbott sells her inheritance in England, Bellerose Manor, to provide for the care of her nephew. She buys a pineapple plantation in Hawaii but discovers her neighbour, Luc Martineau, will do anything to take it from her. When Eva discovers a diary which may solve their financial problems, villains follow her to Hawaii and attempt to force her to reveal the whereabouts of the heirloom emerald necklace. Is Luc an ally or an enemy? Is he after Eva or her land?

Email ThisBlogThis!Share to TwitterShare to FacebookShare to Pinterest
Labels: One Night in Tuscany, Sunny with a chance of Romance, Susanne Bellamy, Winning the Heiress' Heart