And so, history shows that many writers have hidden behind assumed names. Take Henry Handel Richardson, for example. Author of the acclaimed classic, The Getting of Wisdom. Henry’s real name was Ethel.

But what about husband and wife authors? 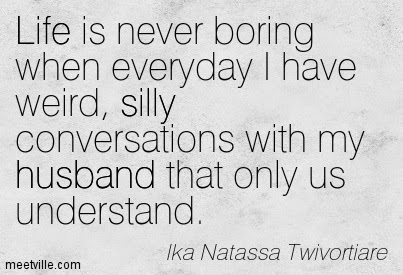 There have been many couples who share their love of writing, either as separate entities or in collaboration. Here are a few examples:

• The script for the 2009 movie – Away We Go – was written by husband and wife duo Vendela Vida and Dave Eggers. (Dave Eggers, by the way, was a keynote speaker at this year’s Brisbane Writers’ Festival.)
• The dynamic duo behind many outstanding movies and books are husband and wife team, Nora Ephron and Nicholas Pileggi.
• Who knew that Stephen King’s wife, Tabitha King, is also an author? Add to that, their two sons are also authors.
• Want more? Frankenstein author, Mary Shelley was married to poet Percy Bysshe Shelley, and her parents just happened to be Mary Wollstonecraft and William Godwin.
• Famous novelists in their own right, husband and wife Joan Didion and John Gregory Dunne were both regulars in the New York Times bestseller lists.
• What about those catchy songs from the movie, Frozen? Yep, husband and wife team Kristen Anderson-Lopez and husband Robert Lopez penned those.

And so now, living in a little slice of heaven in bayside Brisbane, I can reveal a husband and wife author team who are set to make a huge mark in the world.

Eva Scott is a romance author, focussing on both contemporary and historical, and her other half, G.W. Gibson, has just signed his first contract with Secret Cravings Publishing. His contemporary romance book, Queen of Speed, was released on Friday 26 September.

Eva and Guy, welcome to my blog!

Q. Eva, how do you feel having another writer living under your roof?

I love it! We spend hours talking about each other’s plots and characters. Our house is populated with imaginary friends. And it’s great having another person in the room who gets why an Oxford comma can be so important.

Q. Guy, your life is full of big machinery, open-cut mining, teaching, and your beloved Harley motorcycle. How did you end up being a romance writer?

Nothing Eva writes leaves without my eyes having visited it at least twice. I would jot down story lines for her to consider. Instead she encouraged me to try my hand and the rest as they say is history.

Q. Guy, tell me about the inspiration for your female motorcycle racer, Penny McIntyre.

There is no single inspiration for Penny. Rather she is a blend of traits from different women who I know, worked with and admire for their strength, professionalism and determination.

Q. You know, my sister (I won’t say her age but she’s in her sixth decade on this planet), rides a 600cc bike all over Australia. She loves it. Do you think Queen of Speed will appeal to both female and male readers, for both the romance element and also the motorcycle storyline?

Gee I hope so. It was important for me to blend enough romance and enough action to appeal to both sides of the fence. I think that part of the brief was met.

Q. Eva, do you find having such a kindred spirit right there with you helps the muse to kick in?

When I get stuck on plot or something just doesn’t feel right I have someone there who can suggest a dozen different ways to handle it. He’s as invested in the outcome as I am. As a result I rarely ever get the dreaded writer’s block.

Q. Eva, you write very successfully as both a contemporary romance, and a historical romance author. Which do you prefer to write?

Elizabeth Gilbert (Eat,Pray,Love) once said ideas for books were like birds which alight on you. They choose you. If you don’t nurture them and bring them to life they leave you for someone else. My books are like that. A story arrives and I write it. I don’t think of myself as being a historical romance or contemporary romance author – I just think of myself as being a writer.

Q. Here’s one for both of you: When are we going to see a collaborative book coming out?

We are in talks right now. Something different.

Q. If it’s on the drawing board, what would a likely topic, genre, or storyline be?

Q. Guy, do your mates know about your book?

You mean, do my hairy biker mates know I write romance novels? Yes. It’s important to be true to yourself first. If my mates/work colleagues dis me for it, then they are probably not the kind of people I need in my life. The truth of it is, everybody has been really supportive and few a more than a little surprised.

Q. Guy again – do you read other romance authors, apart from Eva?

I try to read anybody who is at the top of their game – it just takes me a while. Eva is a really good source of recommendations, especially when she devours a book at a rate of four to my one. I did sneak preview three other marvellous local authors not too long ago.

Q. Now that Queen of Speed is released, what can we expect to see from G.W. Gibson? What’s the new WIP?

There are two currently in the pipeline. Both are spinoffs from the Queen of Speed and will more likely sit in the romantic elements category. To Kill a Brother is about two people, who have relocated and changed their names to escape being sucked in the vortex of their bikie families, drawn together as a result of a murder investigation.

Q. And you, Eva. What’s next in store for your readers?

For the first time ever I’ve written a story for a collaborative anthology, A Season To Remember. My little tale is a Cinderella-trope set on the Gold Coast, Queensland. It’s a Christmas freebie out in late November.
In the meantime, I have a rural/outback romance, Red Dust Dreaming, out in April 2015 with Harlequin Escape. I am currently working on another one called Red Dust and Sequins which is about a professional dancer who decides to try her hand at farming.

Thank you both very much for chatting with me today. Good luck with the new release, Guy.

And Eva, best of luck with your forthcoming Anthology release with three *ah hem* other wonderful writers. (Please note the humility here). A Season to Remember is an anthology of short stories by Eva Scott, Susanne Bellamy, Elizabeth Ellen Carter, and myself. Out on November 28th.

Okay. That was the “shameless plug”. It’s been a real pleasure having you here. Good luck to you both. 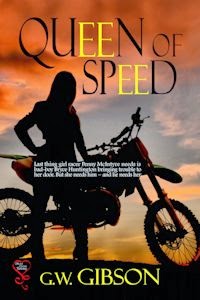 Queen of Speed by G.W. Gibson - Penny MacIntyre races motorcycles and runs her own clothing import business. Her world is shattered when a lifelong friend is hospitalised with debilitating injuries. In desperation she turns to a long lost childhood acquaintance with a dubious past.   OUT NOW!!

Though Klara didn't love the man who was to be her husband, she didn't want him murdered, and she vows to track down the man who committed the crime. Sickened that she'd been attracted to the mysterious Roman, Klara tracks Lucius Aurelius to the fringes of the Roman Empire, only to find that they've both been trapped in a clever plot to overthrow Klara's father, the Chief of the Huns. 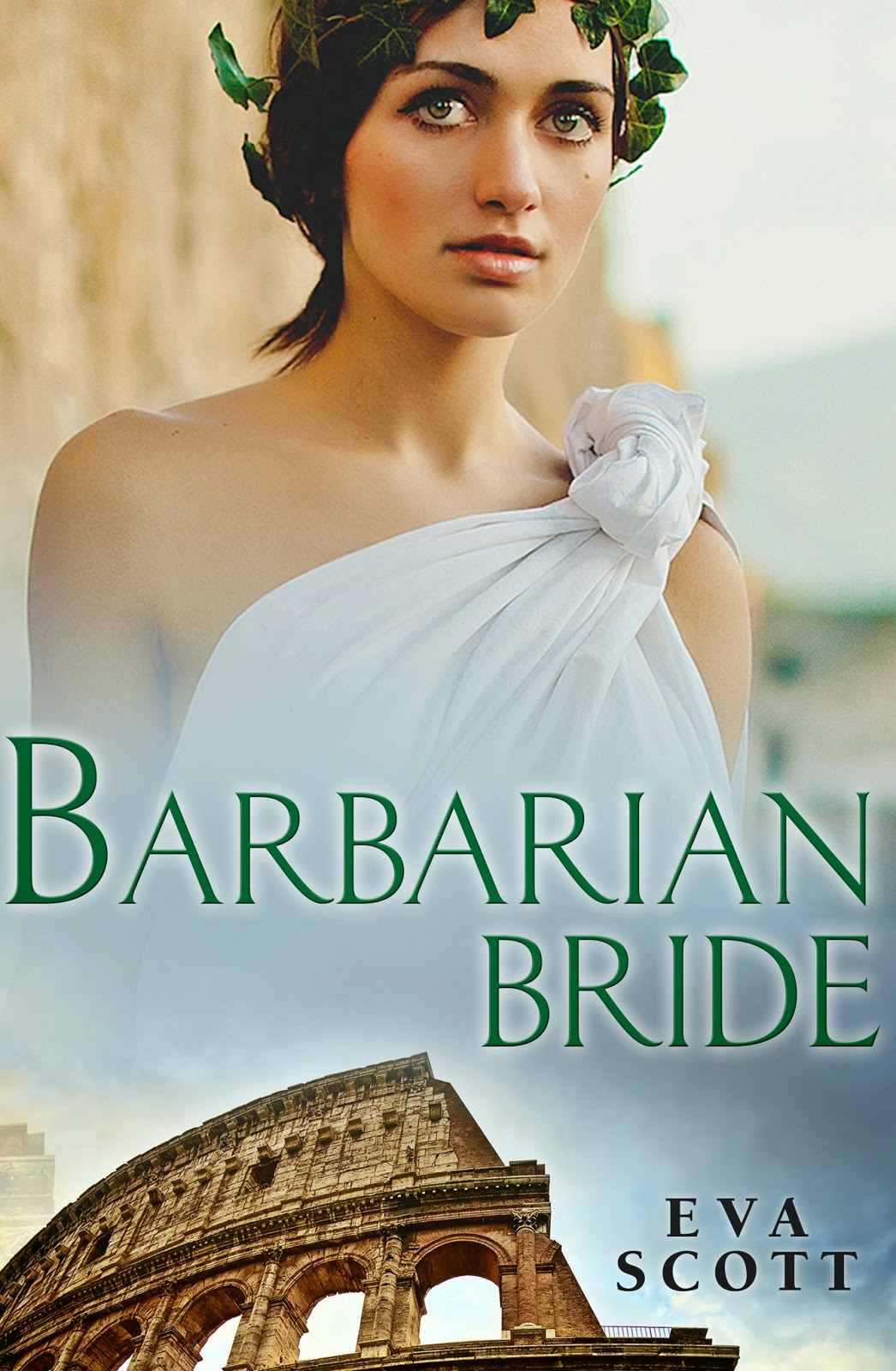 Klara is separated from Lucius, captured by slavers and sold to a gladiator school. She is the only one who can save herself, by fighting for her freedom. Lucius can ensure her battle is easier, but only by sacrificing himself. How much is he willing to give up for the fiery woman he's come to love?

The Last Gladiatrix by Eva Scott - In the dust and death of the Colosseum, a slave fights for freedom, a soldier fights for his life, and they both fight for the love that has been forbidden.

Captured and enslaved by a Roman legion, Xanthe never expects to end up training for the Colosseum floor, but every night after the day’s march, she is put through her paces by a Roman solider who challenges her, tests her, and excites her.

Titus is drawn to Xanthe, her fire and her spirit, so he breaks one of his rules and brings notice on himself, offering to train her as a gladiatrix to spare her a courtesan’s role. But training her, working with her, soon becomes too much. Titus knows the penalty for taking property that does not belong to him, but how 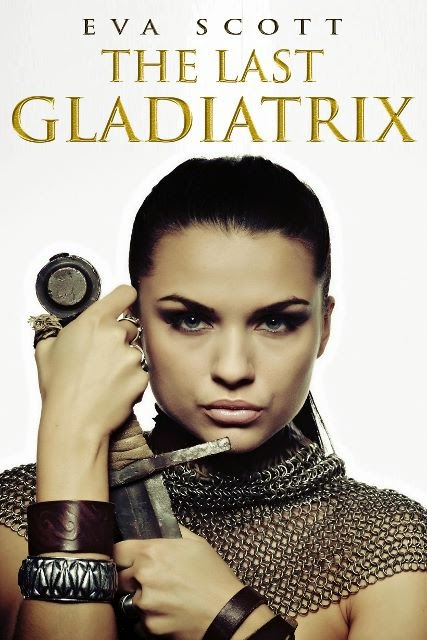 long can he resist?

Other books by Eva Scott:

Guy - http://store.secretcravingspublishing.com/
Posted by NOELLE CLARK - Author at 1:00 AM