Q. Is there any of you in your character Casey Jackson?  Does she have any traits that you think might be a bit like you?
A. That is such a great question. Steam Bunny is written in first person from Casey’s point of view of the world. It was tons of fun putting on her shoes to write her character. She enjoys being bold and sexy and as a person I am much more quiet and definitely more reserved than she is. That being said, one day when I was writing the story my son happened to sneak a peek over my shoulder (thankfully it was a non-racy part!) and started giggling. So I asked what he found funny and he said, “Mom, Casey talks just like you.” So I guess I do have a bit of brazen, kick-ass in me somewhere too :-)

Q. Do you have other calls on your time, for example family or a day job?
A. Oh yes. It’s a struggle to strike some kind of balance between all the aspects of my life. I used to beat myself up about that as oftentimes I’d feel like I failed. On a daily basis, my scheduled writing time would get eaten up by the need to deal with a crisis or two. And on the home front, my house was (and usually is) a mess, and yeah even though I know, especially as a mom, that it’s better to chop up fresh veggies and cook dinner, sometimes it takes less mental energy to just pick up McDonald’s on the race home from work. But then I decided to toss all that frustration and guilt out the window, and focus on the fact that I really am blessed. I have a loving and supportive husband and son. And my day job as a manager, helping people with disabilities, is very rewarding. I’ve learned that for me, the trick is to be flexible. Each day will always bring new challenges so why stress about it? I find the spaces between the chaos and fill them up with the thing I love doing most in the world...writing :-). And because I’m not stressing about it, I’m more productive for it.

Q. What was the hardest scene to write in Steam Bunny?
A. The whole story was fun to write, but if I had to pick a hard scene it would be the right-after-the-black-moment scene. At the time it was a bit of a struggle to get the tone right, but it’s now by far my favourite chapter.

Q. I must admit, I love the sound of your hero, Lucas Haskell. Is there any actor who you visualized when you were writing about him? Can you share a pic, or perhaps the painting you did

of him?
A. I didn’t have a specific actor in mind, but I knew he had a commanding presence with a devilish sparkle in his blue eyes and dark hair. So when I sat down to actually paint Lucas, I worked with photo reference of various guys I found interesting to look at. This was the end result:

Boy, you are a very talented gal! This painting is awesome!


Q. Casey seems to have a commitment phobia? Does she equate marriage to a loss of freedom? Or is she more worried about losing the excitement of her current dream job?
A. Casey has trust issues for sure. When she was thirteen, her parents went through a nasty divorce that left her feeling insecure about marriage. She’s also a bit non-conformist. She deeply loves Lucas, but the idea of being tied down as someone’s Mrs. with a white picket fence and having the neighbours over for weekend barbecues…well it makes her want to run screaming for the hills. Lucas, for his part, thinks he’s found the woman he wants to spend the rest of his life with. No way in hell is he willing to let another man ever have her. He loves Casey’s brazen excitement and everything else about her. In his mind they are perfect together. His problem is trying to convince her of that, which he finds very, ah…creative ways to do in the book. He’s a pretty smart guy.

Q. This book, Steam Bunny, is the first in the Little Miss Kick-Ass series. What can readers expect from Book 2 in the series?
A. Book 2, which I’m currently writing, is called Fit To Be Tied. It picks up where Steam Bunny leaves off and follows the relationship of Casey’s BFF, Astrid Bitten, and her nemesis/love interest, Race Lindstrom. Readers can expect another steamy battle of wills between a feisty heroine and an alpha hero. Race is not happy with how things end in Steam Bunny. He’s determined exact revenge on Astrid and show her who’s boss by using any pleasurable means possible, including some inventive new handcuffs and a weekend spent in an ice hotel. Will Astrid resist? You bet she will. She has her own ideas about how their relationship works and especially about who’s in charge. Fit To Be Tied is due out this December.

Thank you so much for having me on your blog today, Noelle. It’s been an honour and a pleasure!

Thank you so much for visiting and letting me interview you.

Check out this wonderful FOUR STAR REVIEW by fantastic and talented Jane Hunt:

There is nothing like seeing a book come to fruition. The years of hard work, the sacrifice, but more so the joy of sharing a story with the world, if only because FINALLY the characters that have been nattering in my head now can natter in other people’s heads and come alive :) 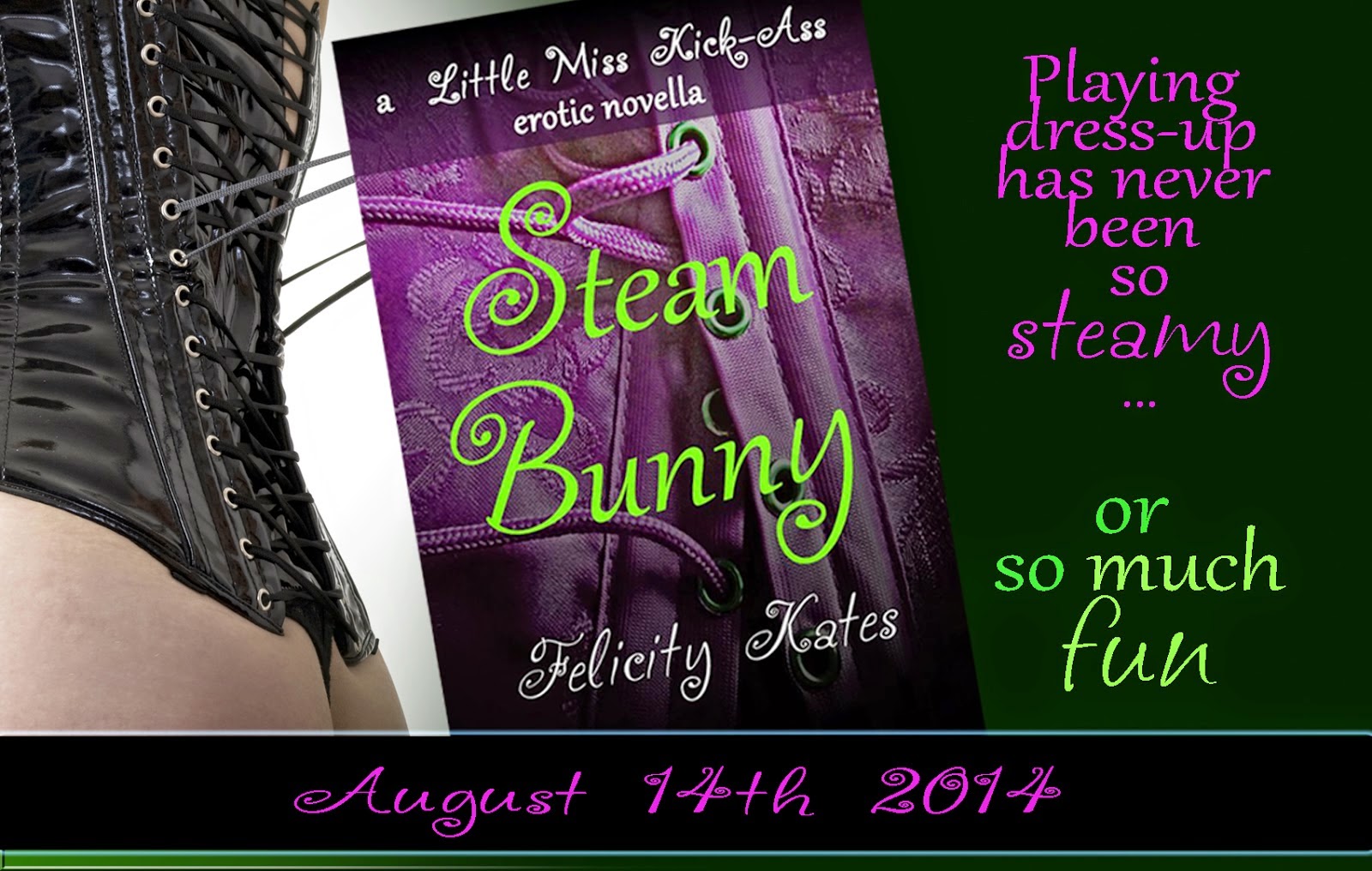 Steam Bunny by Felicity Kates. Out now at Amazon and other e-book retailers! 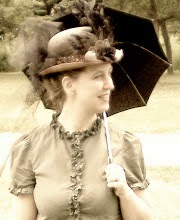 Felicity Kates writes fun, flirty, fantasies for modern lovers. As Kate Reedwood, she writes Victorian romance set in a Steampunk world. Together they are one busy lady, doing what she loves to do best--creating romantic tales for the world to enjoy. 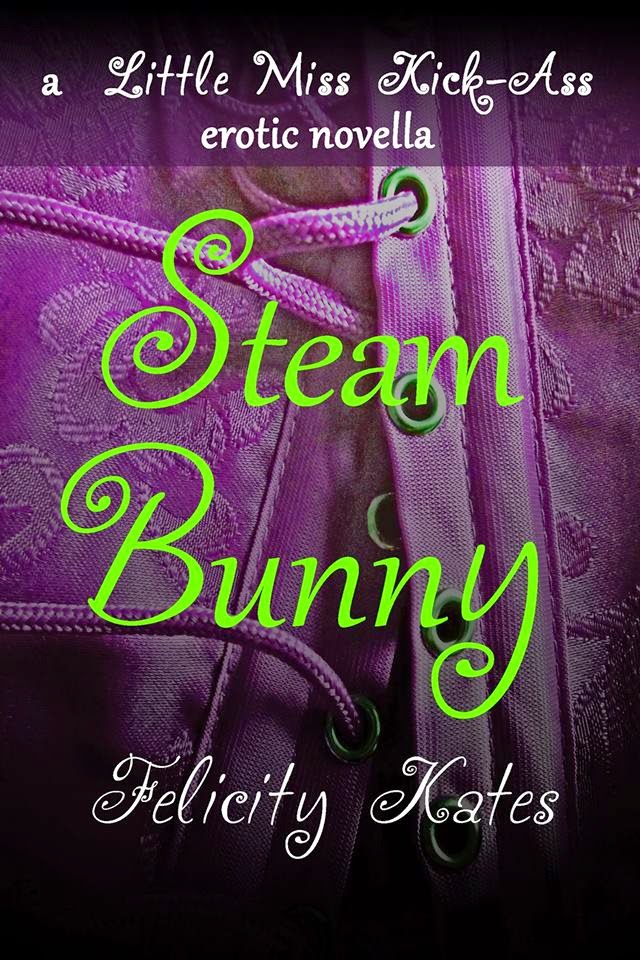