A day in the life of: Author Renea Mason 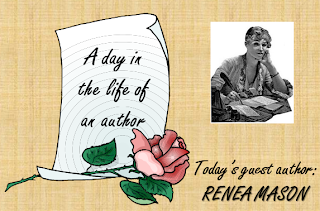 Renea Mason hails from Pennsylvania in the United States, and when she’s not writing steamy paranormal romances, she spends time with her beyond-supportive husband, two wonderful sons and three loving but needy cats. Renea’s sensational book, Symphony of Light and Winter, was released recently with Etopia Press, and has taken the world by storm. I would have to say that, for me, the cover is the most striking I’ve ever seen.

Noelle: Hi Renea, I’m so very pleased that you are able to come chat with us today - I realise how busy you are juggling family and writing. I’d love to ask you about a typical writing day. I’m interested in the ‘where’ and ‘how’ of your writing routine. Do you have a set routine for most writing days, or is it necessary to roll with the flow most of the time?


Renea: Thanks for having me Noelle.  I have a full-time career and two very small children, so finding time to write is a challenge.  My writing day starts around 8 PM.  My husband is kind enough to make sure the kids are tended if their bedtime is extended for one reason or another.  The night runs from 8PM to Midnight and I start my other life at 6 AM. Not a moment is wasted. Without my husband none of it would be possible.
Noelle: Do you have your own study away from the children and other distractions, or are you able to be creative and write pretty much anywhere?


Renea: No, I wish.  We’re in the process of buying a new house but at the moment my writing nook is in the master bedroom.  So I’ve learned to be flexible.
Noelle: Is there any particular view from your writing room, or maybe a movie or some music, that helps inspire you when the muse isn’t playing the game?
Renea: Music.  I can’t write and listen to music but it is great for scene plotting.  I love to turn it up on my commute and think about how I’ll write the scene later that evening.
Noelle: When you’re not writing, what do you like to do? (I notice you’re a huge Steelers fan). J
Renea: I am a Steeler’s fan.  I love to watch the games with the family.  Honestly, beyond writing and my other career, any free time is spent with my boys. 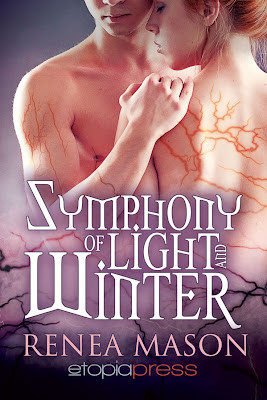 Noelle: Now that Symphony of Light and Winter is the first in the ‘Symphony of Light’ series and is doing well, are you already into the second of this series?
Renea: Yes.  I’ve started the second book.  The hardest part in writing book one was getting the beginning right.  It’s still the weakest part of the book in my opinion but I’m very pleased with chapter one of book two. I’m hopeful that it’s setting the pace for the rest of the novel.  I look to have the first draft to the publisher by fall.   My first novel took me a year but that included, learning to write, networking, querying and finding my voice.  All I need to do this time is write it.
Noelle: Your character, Cyril, seems to keep quite a few secrets from your heroine, Linden. What prompted you to write their story?
Renea: He did.  I kept imagining scenes—the ones I eventually wrote for the book—the cemetery, the bathroom, the cabin.  It seems I’m not immune to being bent to Cyril’s will.
Noelle: The journey for Cyril and Linden isn’t easy; the story is fast-moving and, as one reviewer put it, “a sensual thrill ride”. Do you believe that love can really conquer all?
Renea: Conquer all?  Perhaps…but eitherway it does make the bumps in life more enjoyable.
Noelle: What can your fans look forward to from Renea Mason?
Renea: More in the Symphony of Light series.  I’m toying with a non-paranormal piece but it won’t be out anytime soon.
Noelle: Where can readers buy your book?
Amazon          Barnes and Noble          Kobo          All Romance Ebooks
Connect with Renea:
ReneaMason.com
Facebook.com/ReneaMasonAuthor
Facebook.com/symphonyoflightandwinter
Pinterest.com/ReneaMason
Goodreads.com/ReneaMason
Twitter.com/ReneaMason1
Email: S.ReneaMason@gmail.com
One woman. Seven men. All bound by one man’s undying devotion.
Fundraiser Linden Hill has a knack for reading people. She always knows which conversations will put a prospect at ease, which drink will loosen a patron’s lips—or his wallet, and how cleavage will make a donor sweeten the deal. She’s even foreseen her dateless weekends four hundred and sixty-four times in a row.
But ten years after watching life drain from her former mentor’s and first love’s eyes, her skills for divining the predictable are lost. When Cyril returns, he’s still gorgeous, but this time he’s beyond human, far less dead, and pissed. His lack of memory drives him to desperate acts, and his turbulent re-acquaintance with Linden pulls her into his war with a creature hell-bent on his destruction. His group of six supernatural men share a tantalizing secret, but despite the hunger, it’s love that leads her to sacrifice everything to save him… 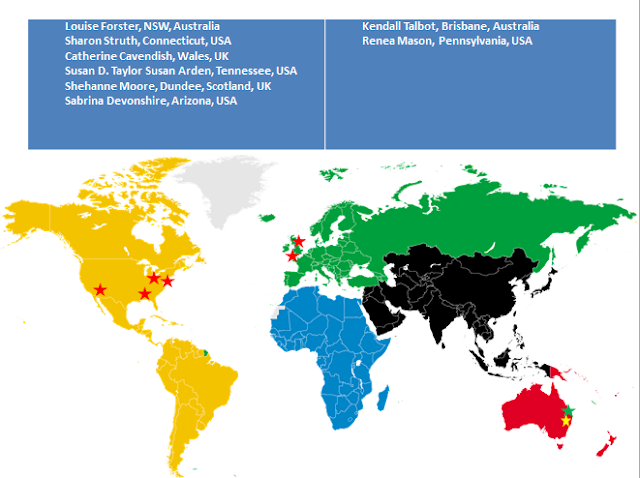