The Ghosts of Ancient Avebury

I'm delighted to have my good friend and fabulous author, Antonia van Zandt, grace the pages of my blog today. Below, Antonia discusses the background to her new paranormal/action.adventure novel, Freya's Choice.

My new novel – Freya’s Choice – is set in the charming, picturesque and seemingly tranquil small town of Abbey St. Francis. Chocolate box thatched cottages sit alongside a meandering river. Birds of every hue sing and chirrup. The world moves at a slower place in communities like this, doesn’t it?

Well, don’t you believe it! In my small town – hardly much more than a village really – strange things happen within some of those cottages. Unnatural, spooky things. The river transforms into a raging torrent when it feels like it. A massive bird takes to the air and a new resident has moved in. One that will change everything for this peaceful little backwater.

In England there are many places like Abbey St. Francis. And some of them are well haunted. Scarily well in some cases. Many of them hide deadly secrets. Oh yes, a lot can – and does – go on in the heart of rural England… 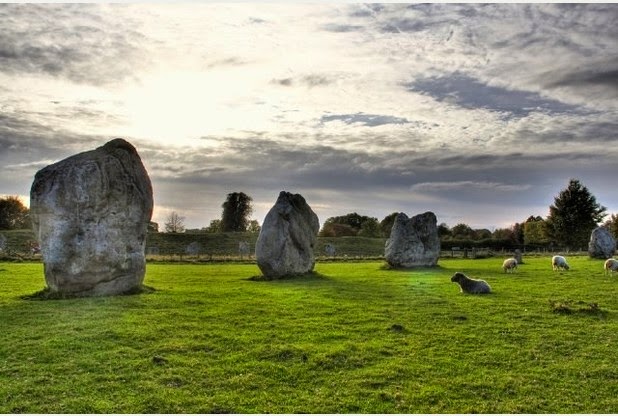 Now Avebury in Wiltshire is a village that largely wears its heart on its ancient – in fact prehistoric – sleeve. Famous for its stone circles and ‘avenues’ of stones processing up to them, its origins lie far back into unrecorded prehistory, but a trip here not only feels as if you have stepped back centuries, it also soothes and calms the troubled spirit. Unless you turn up at the same time as half a dozen coachloads of excited tourists of course!

In such an ancient place, ghosts abound. In the local pub – the 400 year old Red Lion - there are many. One of the most famous is Florrie who seems to have a thing about men with beards – and she scratches if upset. She was strangled and tossed down a well there when her husband came home from the English Civil War and found she had been sleeping with other men. Here also, ghostly children play, orbs are frequently seen and photographed, shadows appear for no reason and a number of cold spots have chilled the unwary. Also, in the pub, the ghost of a bald, bleeding man has allegedly been captured on photograph. 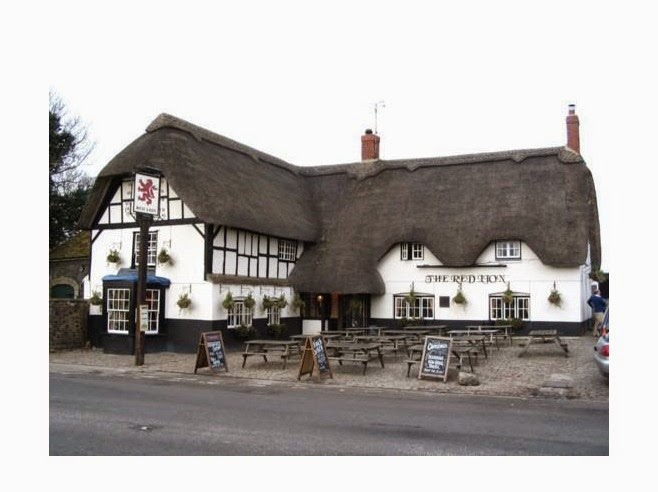 A White Lady, her face covered by a hood, drifts around the grounds of Avebury Manor. Houses that have been built out of stones robbed from the prehistoric stone circles, are deemed to be unlucky and subject to poltergeist activity. Indeed, an eighteenth century builder who built houses entirely from that source, lost everything when his properties mysteriously all burned down one night – before he had sold them. Even the bus shelter isn’t safe from spectral activity; several people have reported seeing a ghostly figure there. 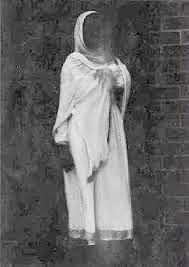 Another White Lady has been seen roaming the churchyard at night and, nearby, three tall, blond men were spotted by an off-duty police officer. They were in a field near the ancient manmade mound of Silbury Hill, apparently inspecting a newly formed crop circle. When the police officer tried to enter the field he heard the crackling of static electricity. The men made off faster than any living person could have run, or so it was reported. Meanwhile, at the base of the hill, a headless horseman shares space with the legendary King Sil, who was reputed to have been buried within the mound although no body has ever been found despite a number of excavations. 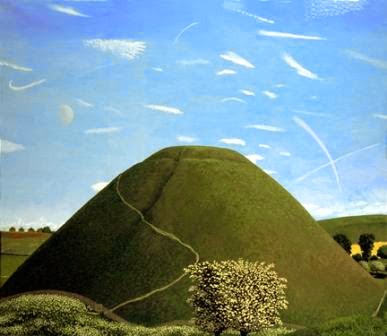 The stones themselves harbour a number of secrets. Who is the mysterious chanting choir that has been reported singing within the circle? What causes mysterious, unexplained lights to appear above the stones? And do the stones really move? Are they really cursed, as some people maintain?

Meanwhile, down at The Lodge, a previous owner reported diverse sightings of children, a man dressed in Georgian clothes, a young woman, a phantom coach and horses and a voice speaking French. It must have felt like a transit station at times! The current owner is reported to be experiencing a rather quieter life. 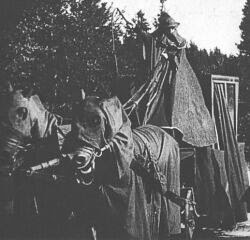 It seems that if you live in Avebury, the past is always with you, even in your own house.

Nothing much happens in Abbey St. Francis, but Freya’s about to change all that...

Eve Lawson is no stranger to heartbreak. Three years ago, the man of her dreams betrayed her and left her unwilling to trust anyone ever again. So when gorgeous hunky farmer, Mark Latimer, starts to take more than a casual interest in her, she is cautious and nervous of committing either her mind or her body to him. But the attraction is there, and it’s growing. All Eve needs is just a little more time.
Abbey St. Francis—a sleepy, pretty village where nothing much happens and traditional values are held true—has been Eve’s home all her life. No one suspects that the beautiful young woman who has just moved into West Lodge is anything other than a wealthy and generous benefactor. But Freya Nordstrom is not what she appears to be.

Then the mysterious stranger takes more than a passing interest in Mark, and Eve knows she has a battle on her hands. But never in her wildest dreams could Eve have imagined the nature of the forces stacked against her...


And here’s a short extract: 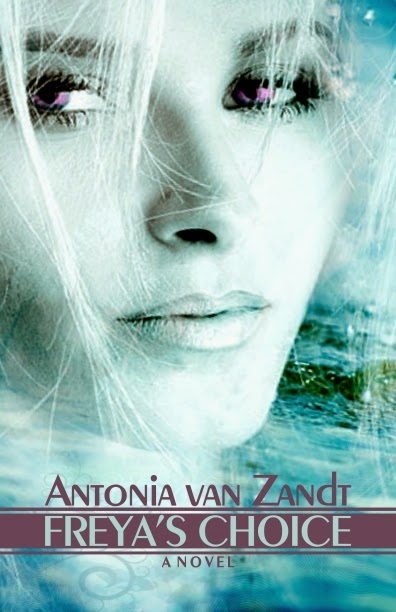 ...A loud flapping startled me. I looked up and couldn’t believe what I saw. The most massive bird I had ever seen flew past me and hovered, silhouetted against the moon. Then it flew directly toward West Lodge. I glanced back down at the cats. Their ears twitched, but nothing more. I searched the sky for the giant bird again, but it had disappeared. Could I have imagined it? Surely not. I certainly wasn’t imagining those cats or the malevolence in their eyes.

My knees buckled from my unaccustomed crouching position, but I was scared to make any rapid movement, and Freya’s cats continued to stare at me. Their eyes narrowed, as if at any moment they would pounce and tear me to shreds. But their hackles didn’t rise, they didn’t arch their backs, spit or make any of the warning gestures cats employ to let you know they’re about to strike. They just sat there, like statues. Waiting.

My knees ached and I had no choice or I would simply keel over. Slowly, I rose to my feet, wobbling with the effort, while I kept my eyes on the animals.

Their gaze traveled upward with my movement. A chill wound itself around my spine, spiraling the length of it, and I shivered.

Then, as if receiving some signal I couldn’t hear, they blinked in unison and turned away. They slunk down my path before jumping over the wall and out of sight. I continued to watch and, in the light of the streetlamp at the bottom of Freya’s drive, saw them emerge and pad slowly up her long drive. They matched each other step for step, their tails held high.

Then I saw a tall figure striding down Freya’s drive toward me. He passed the cats, apparently without acknowledging their presence. Too dark and far away to make out his features, my heart still lurched.

Mark. I could see the familiar long hair fanning his shoulders, the white shirt and dark pants. Tears pricked my eyes. At that moment, I wished with all my heart I hadn’t seen him. It couldn’t be happening again. Surely he wouldn’t betray me as John had. After all he’d said to me. And I’d believed every word.

So Freya had been telling the truth. Somewhere along the line she’d made his acquaintance, and now I knew why he hadn’t answered his phone. He’d been with her.

I told myself to calm down. There could be a hundred innocent explanations for his visit. But unless I asked him, I wouldn’t know. I hurried down my path and opened the gate.

“Mark! Hi!” I hoped I sounded nonchalant, but a note of desperation had crept into my voice.

He reached the end of her drive and turned left. He was directly opposite me now, in shadows, on the other side of the lane. Any second and he would cross over.

He must have heard me, but not a flicker. He never broke his stride. Just carried on walking, farther down the lane, away from me, while I stood and watched him, my insides turning to mush in dismayed disbelief...


You can buy Freya’s Choice here:

Antonia van Zandt has been writing since someone stuck a pencil in her hand at the age of around five. Sick of finding their wallpaper covered in scribbles, her parents relented and bought her an exercise book. This was the beginning of a trend. At the age of nine she progressed to her first typewriter, and can now spend hours happily tapping away at her keyboard while all around her descends into chaos. She has recently made the transition from writing erotica to paranormal adventure, with some pretty heavyweight Norse gods thrown in for good measure. She adores cats, fine wine and dramatic scenery. ‘Freya’s Choice’ is her first novel for Amber Quill.


You can connect with Antonia here: