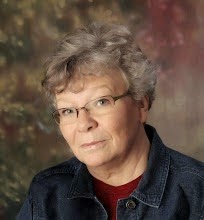 Angela, who also writes as AH Myers, was born and reared in Southern Illinois and spent three years of a checkered educational history at the university where most of her first novel takes place. She worked several years as a staff writer for a regional newspaper before becoming a communications specialist for a Fortune 500 Corporation, where she spent fifteen years writing and editing press releases, newsletters, newspapers, and magazine articles. She and her high school sweetheart now live in a small town in Central Illinois, where they somewhat successfully masquerade as normal grandparents.


Angela, it’s wonderful to have you visit my blog today.
Your full-length novel, When the Moon is Gibbous and Waxing, has received wide acclaim from readers.  (Read full reviews here.)

“…This book has excellent character development and a plot that is based on self-realization which is unusual for a first book. The story moves quickly beginning with the first page and never lags. Natalie's secret is manifest under a full moon and a life-or-death situation. Being a research assistant in biological labs she must find out why this has happened to her and how it started. The plot emphasis is not on violence but on the frightening discovery of her secret and the discovery of her long-hidden family roots…”

“…This is a beautiful and sometimes gruesome story about a young woman scientist who unexpectedly finds her true identity...”     “…Well written and poetic at times, this book about family and friendship will keep you absorbed until the end. The characters are so well drawn and believable, you feel you have known them all your life. Highly recommended as a love story and a thriller…”

How long have you been writing?
I started reading voraciously as soon as I learned how, and I remember daydreaming stories from then on. But I don’t remember actually writing anything down until I was 10 or 11. I think I started writing poetry first. I still have a copy of one of the poems I wrote at that age, and I still like it.

Can you tell readers what inspired you to write Natalie’s story in ‘When the Moon was Gibbous and Waxing’?
The entire first scene in the novel is a close adaptation of a nightmare I had years ago. It was so vivid that when I (Natalie in the story) turned to attack my attackers, I growled out loud. It woke me up. And hubby, who can sleep through tornadoes, sat straight up in bed and said, “What was THAT? It sounded like some kind of animal!” I couldn’t get back to sleep for laughing.

I thought about that nightmare for years. What would it be like to reach adulthood and suddenly discover you’re something you never thought even existed—and that others think is evil personified? Then one day while I was thinking about it, Natalie walked up to me (in my head, of course—I’m not THAT crazy) and said, “Hi, I’m Natalie, and I want you to write my story.”

Boy! That is amazing. Creepy, but amazing. Apart from being visited by nocturnal 'animals' and having nightmares, what research did you undertake to write this novel?
People give me odd looks when I say I did research to write a novel about a werewolf. But among other things, I interviewed a nurse to make sure Michael’s injury and treatment were correct, a veterinarian to find out about the differences between human and canine blood, and a graduate student in biology at the University of Illinois to make sure I was correct about Natalie’s responsibilities and classes. (At the U of I, unlike at other universities, master’s candidates do research and write dissertations,) I was already very familiar with the area where the story takes place, since I spent three years there as a student and helped both daughters when they took classes there. I did NOT read about werewolves. I already knew the popular stories, but I didn’t want to stick to the familiar myths. I wanted to create my own back story for the werewolves.

Can readers expect similar themed books in the future?
My new novelette is quite different—a romance—but it has a paranormal element. I have another series of novelettes started that are futuristic paranormals. Pretty much everything I write has some kind of paranormal connection. See below for more about Natalie and Michael.

You’ve written many short stories and novellas. Is there one you would pick as your favorite?
I like them all for different reasons, even the couple of “literary” ones, but if I had to pick an absolute favorite, it’d be All On a Summer’s Day, which is kind of dark humour. See the two kids on the cover? That’s my sister and I. I’m the one with the wild blond hair. And that’s a hint that the story is highly autobiographical. I wrote it as fiction only because I collapsed the timeline.

What are you working on right now?
I’m working on another novel with Natalie and Michael that takes place about five years later, when their lives take another big change of direction and they discover that werewolves aren’t the only creatures that roam the night. I see a possibility of four novels in this series.

When you’re not writing, what do you like to do?
I like to travel. Hubby and I have a daughter and two grandkids near Denver, so we visit there often. We’ve also been all over the US and to Scotland. To tell the truth, though, hubby doesn’t like to travel. So to satisfy my wanderlust between the journeys I can talk him into taking, I take frequent short trips without him, and I love to take photos wherever I go. I share them on Facebook, and the best ones hang on the walls of our house. I tell hubby we need to buy a bigger house so I can have more walls.

I've seen some of your photos on Facebook. They're lovely. Angela, thanks very much for allowing me to interview you today. I hope you enjoyed visiting as much as I've loved having you here. It's a long way from Illinois to Australia, but thanks to the internet, it's a short trip. 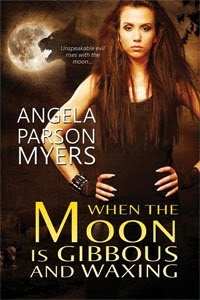 Blurb for ‘When the Moon is Gibbous and Waxing’

Unspeakable evil rises with the moon...

Graduate student Natalie Beres can't remember who attacked her that autumn night under the full moon. She can't remember anything between leaving her lab in a secluded building at the south end of campus and arriving at her apartment in the wee hours of the morning. Covered in blood. Not her own. Other than the loss of memory, she's completely unharmed.

She can't say the same for the men who attacked her. The grisly campus murders force Natalie to dig deeper into what happened that night, to force herself to remember. But what she learns about herself is horrifying. When the police officer investigating the murders tries to get close, Natalie is caught between her attraction to him and her fear of discovery. But worse, can she avoid being found by the young man with a similar problem who's on his way from the West coast to find her...leaving a trail of shredded corpses along the way...? 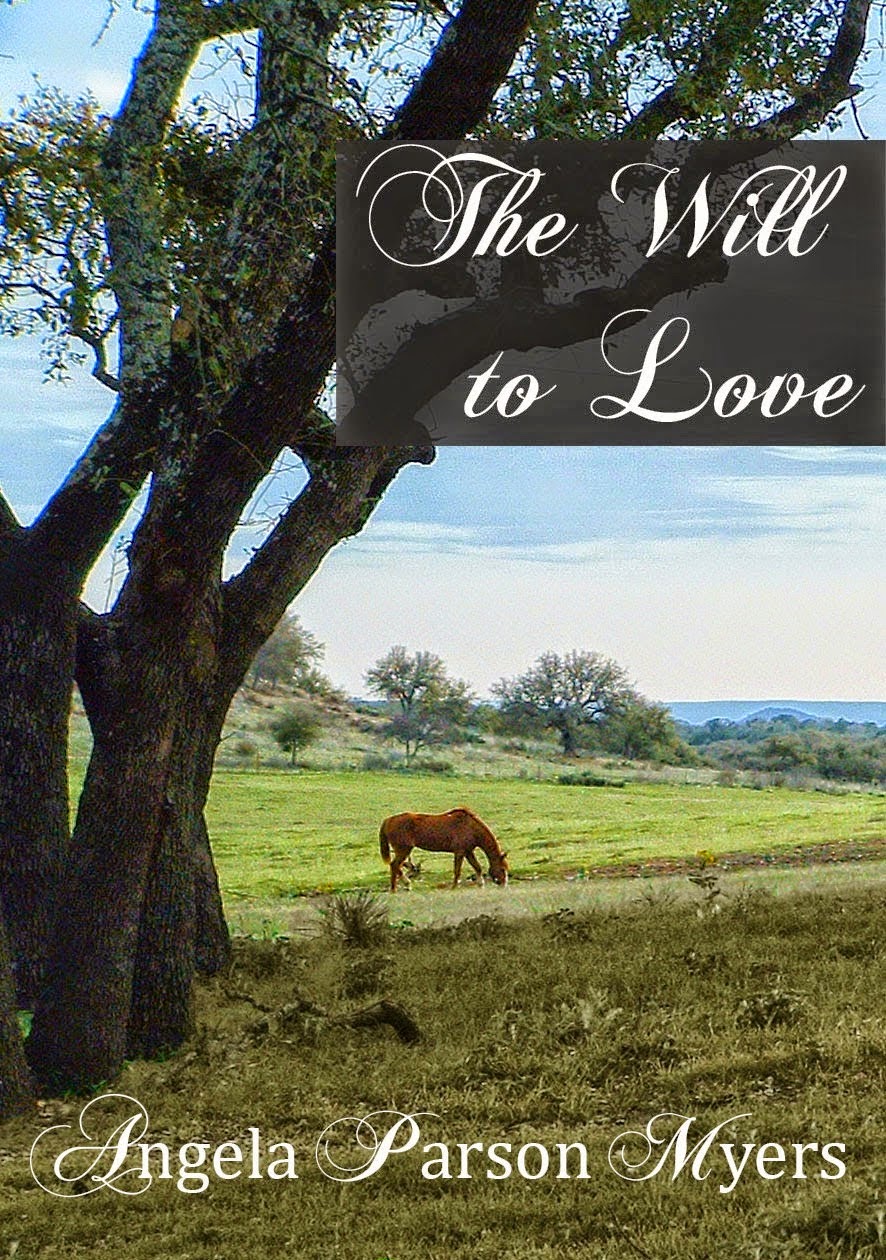 Blurb for ‘The Will to Love’

A Cinderella story with a fairy godmother who is a dead billionaire Texas oilman, a handsome prince who is very much alive--and rattlesnakes.

At only 49 pages, a quick feel-good read for those times when you don't want to get involved in a full-sized book. Or just because...:

Buy links for The Will to Love
Amazon:  http://www.amazon.com/dp/B00KRQ3EG4

Email ThisBlogThis!Share to TwitterShare to FacebookShare to Pinterest
Labels: AH Myers, Angela Parson Myers, The Will to Love, When the Moon is Gibbous and Waxing