Hers to Own :: new from Anne Lange 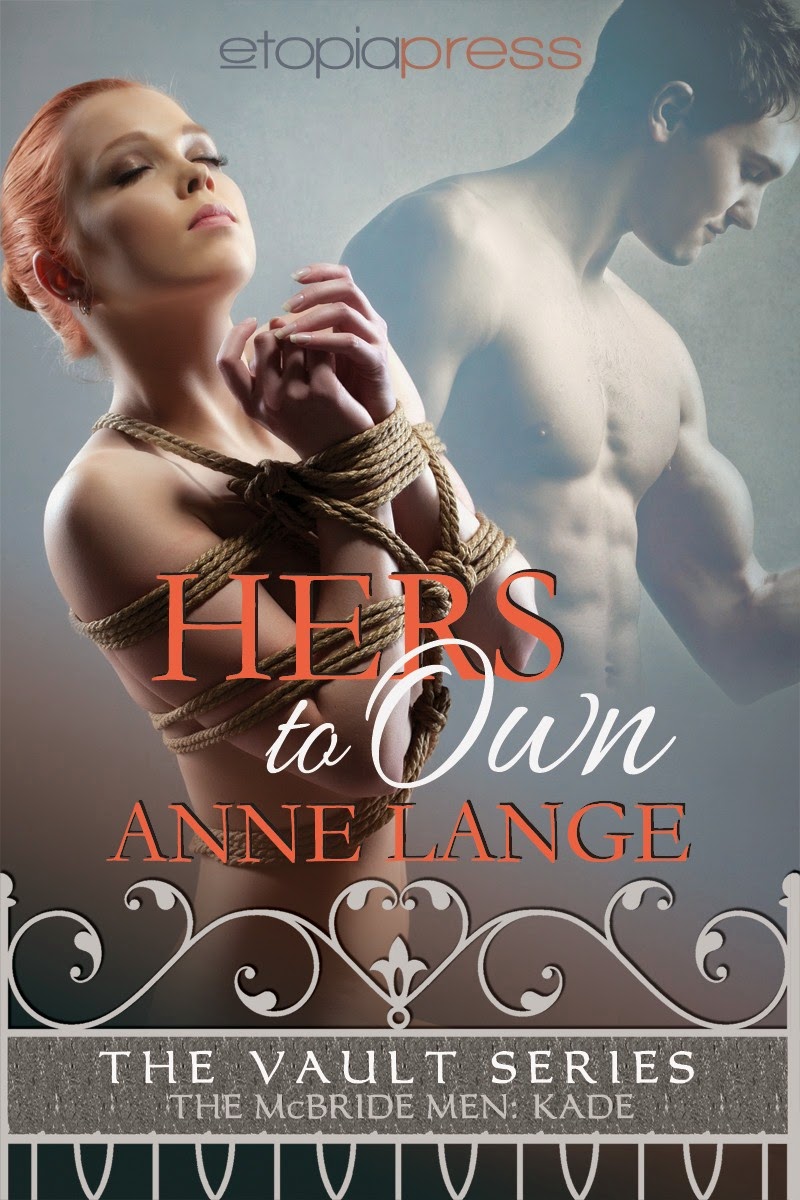 He’ll teach her to love her body…one spanking at a time.
Brienna Morgan has worked hard to look good. Ten years ago she stuck to the shadows, watching the popular kids, wishing she could be one of them. But when they weren’t calling her cruel names, nobody noticed the smart overweight girl with the glasses.
So when she braves her high school reunion and runs into Kade McBride, the boy she loved from afar, the last thing she wants is for him to remember her. It’s bad enough she still sees that girl every time she looks in the mirror. But Kade does remember—and he makes it impossible for Brie to refuse to go out with him. She’s not convinced it’s a good idea, but she can’t pass up the opportunity to be part of the in crowd.
Kade had no desire to go to his high school reunion. As far as he’s concerned, he’d rather forget those days. Especially the day he screwed up and left his best friend to pay the ultimate price. But when he sees the gorgeous woman enter the gym, he’s immediately drawn to her. Regardless of her claims that she’s not the girl he thinks he remembers, Kade realizes maybe he’s been given a second chance to right at least one wrong from his past. And he’s determined not to throw this opportunity away, even if he has to tie Brienna to a spanking bench to prove his point.

When the song ended, she tried to step away, but he refused to release her and instead tightened his hold, sliding smoothly into the next dance. His behavior shocked him. He kept his hips tipped slightly away. It was an awkward position and it put a strain on his back, but better that than have her feel his erection pressed to her stomach. 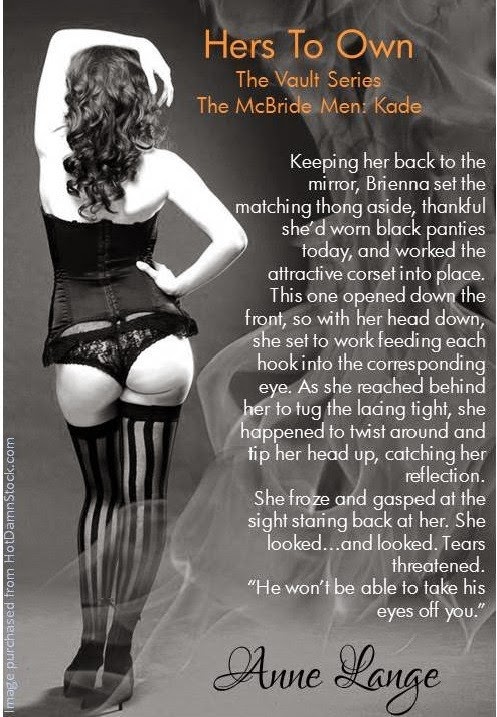 “Brienna?” he murmured next to her ear.
“Yeah?”
“You were the pretty girl who always hung back near the edge of the crowd.”
He heard her intake of air. She shook her head and stiffened, then tried to withdraw, but he held tight, this time close enough she had to feel his cock. His fingers caressed the dip at the bottom of her spine. She trembled.
“You used to watch me. I remember I envied how smart you were, how attractive.”
She pushed out a harsh laugh. “I already told you, Kade, you’re mixing me up with somebody else.”
“It’s not too late, you know.” His lips brushed the shell of her ear.
“Too late?” she squeaked.
“To get to know the people you went to school with.”
She placed her hands flat on his chest and pushed. “Let me go, Kade. Please.”
“Why?”
“Because I asked you to.”
Kade dropped his arms to his sides.
She took two solid steps away from him and clutched her hands in front of her. “Thank you for the drink and the dance, but I need to…to leave. Excuse me.”
“But you just got here.” He mentally kicked himself for coming on so strong and scaring her off, especially when there could be nothing between them other than two would-be friends reconnecting.
She closed her eyes, bit her lip, and then opened them and looked straight at him. “I just think it’s time for me to leave.”
She navigated her way back to their table. Kade followed, taking in the other couples dancing, the people laughing and reminiscing. Groups were gathered around photo collages set up around the room. A photo booth in the corner had a long line of people waiting to have their pictures taken with old friends while wearing silly hats and glasses.
When she reached the table she snatched up her purse and turned to him. “I’m sure 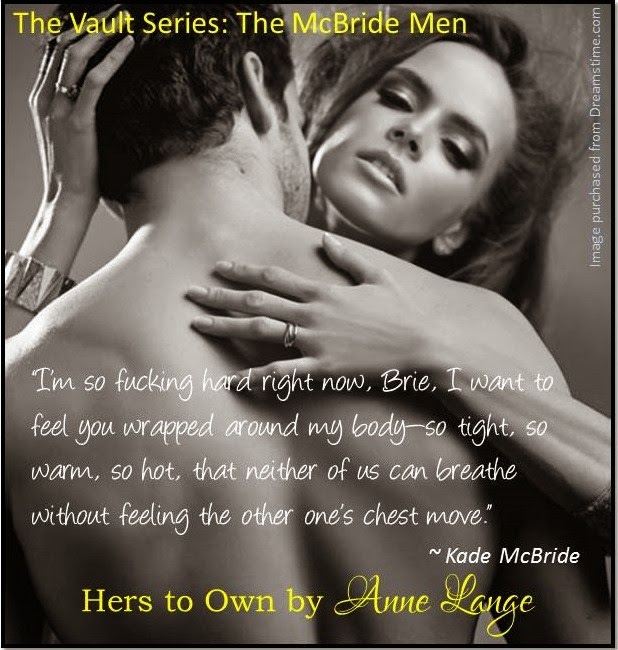 there are plenty of people here who you do know,” she said. “The people you were actually friends with.” Her gaze dropped to the floor. “Maybe the person you’re actually looking for is here somewhere.” She focused on him one last time and then glanced at something over his shoulder. “In fact, it looks like one of your old friends has spotted you, and she seems to be anxious to talk to you.” She nodded her head in the direction they’d come from. “Thank you for the dance, Kade.”

Kade swung around, hoping to dissuade whoever was coming up behind him. Kim glided across the room, a look of determination on her face.
When he spun back to Brienna, she was gone.

Author Bio
Shoes are her addiction, but books are her passion.  Anne Lange grew up with a love for reading. If

you take a close look, she’s got either a book, her Kindle or her Kobo—maybe all three—tucked into her bag or a pocket when she leaves the house. You know, just in case there’s time to sneak in a chapter or ten.  Anne reads many genres of romance, but prefers to write sexy stories, often with a dash of humor, and usually with a side of those sinful pleasures your mom never told you about.

Oh, and always a happily ever after.

While embarking on this wild journey of becoming a romance author, Anne juggles a full time job and a family. Not always successfully. Who needs a clean house every day?  And what’s wrong with cereal for dinner? She lives in Ontario, Canada with her wonderfully supportive husband, three awesome kids who are growing up way too fast, and Rocky the bearded dragon.